This hat is inspired by the character, Elsa, from Disney's hit movie, "Frozen".  I really wanted to create a true-to-design hat that resembles Elsa's "Snow Queen" hair in the last half of the movie.  The trouble was that no matter how hard I tried, I could not achieve the desired results. After hours and hours of working and reworking, I decided such a design is nearly impossible using such a medium as yarn.  The hat would be way too heavy and bulky.

Also, as my movie critic husband noted, Elsa's hair is not as recognizable as my other Frozen-themed hat designs--meaning people are less likely to know specifically which character the hat represents unless it is also paired with other elements such as Elsa's "Snow Queen" dress.  To most, the hair hat alone would simply look like a yarn wig.  He had a point...

Instead, I decided to go a different route while still differing from most crochet Elsa hat designs I've seen out there. As you can see, the side braid is similar to that in the movie.  Although I was disappointed in my inability to recreate the wild tendrils atop her head and her loose, flowing french braid, I was able to add a pewter-blue sparkly crown with one blue gem bead sewn into the center, two mirror snowflakes and a head band.  Then I added the small snowflake buttons sporadically throughout the braid.  I think those finishing elements make it less one-dimensional and add a bit of flair. 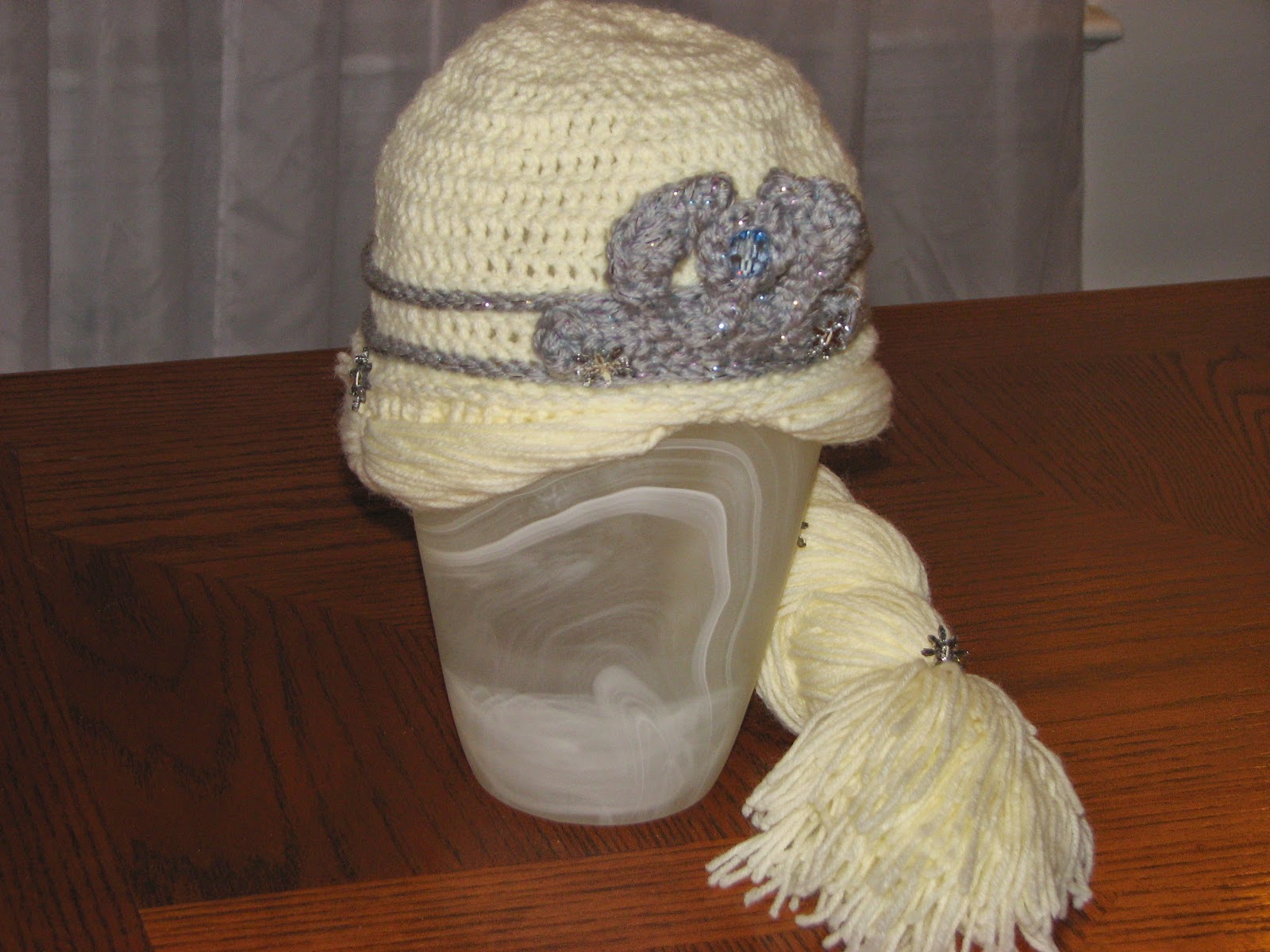 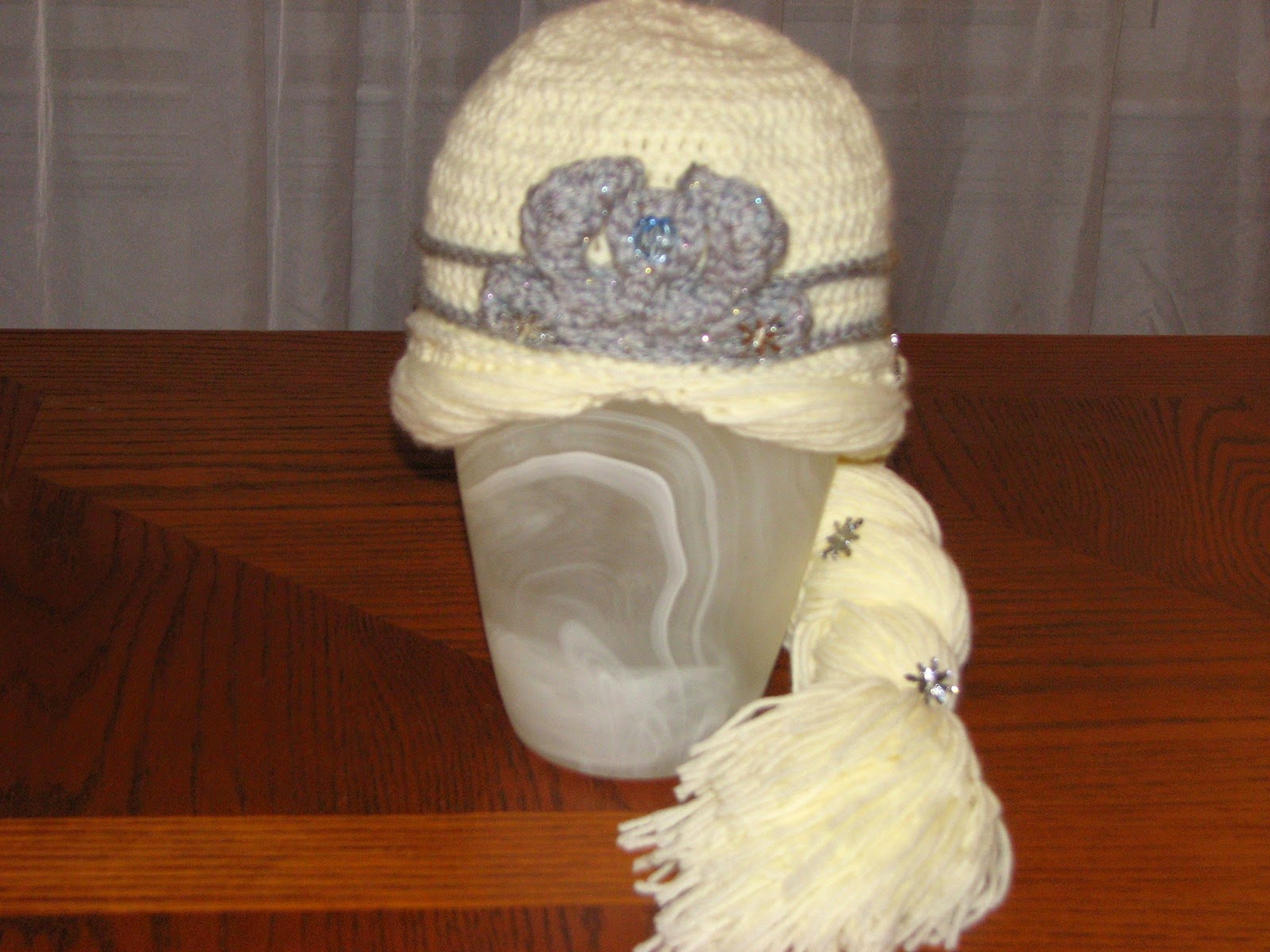 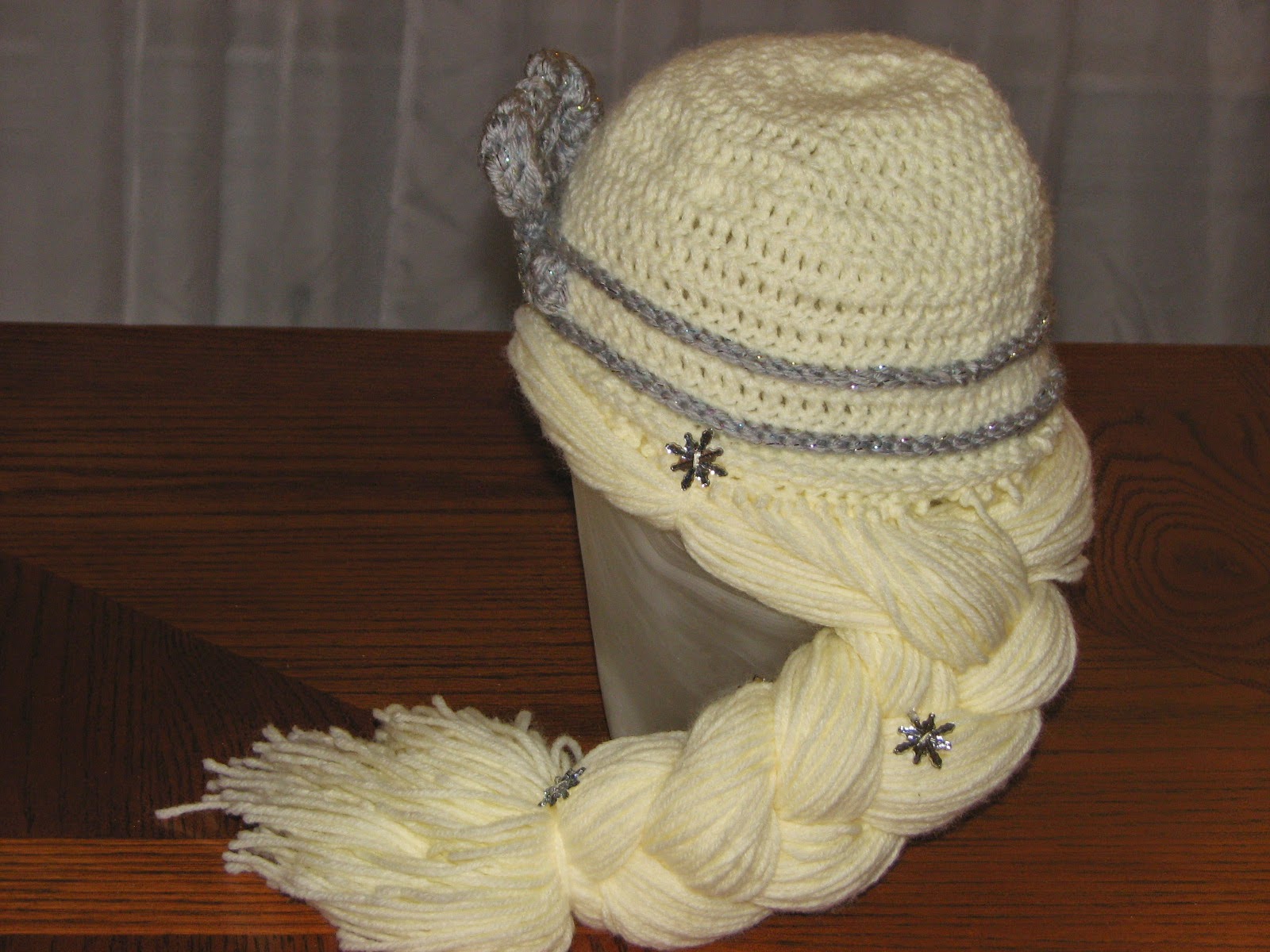 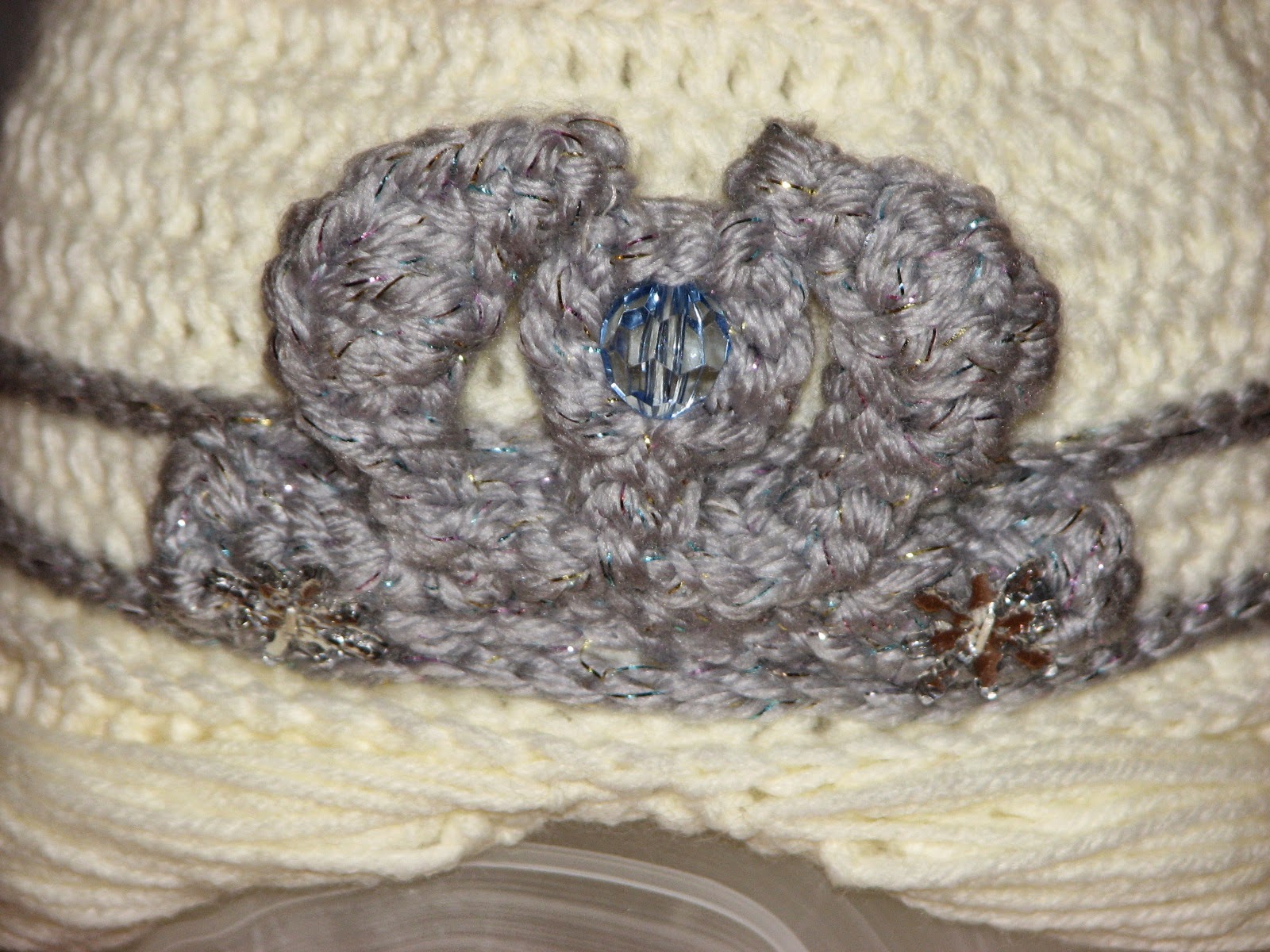 If you are interested in asking me to make this hat for you, please feel free to visit my Etsy shop.

Thanks for stopping by!