When my son was two years old, he was a fanatic for Sesame Street's Elmo.  I suppose there is just something about that red, furry little puppet that draws children right in.  He's cute...  He's funny...  He's cuddly... What's not to love, really?  (Well...  maybe his voice, but that's beside the point)

At two, my son typically could care less what kind of hat he wore outside.  Besides, it was a struggle just convincing him to wear one anyway!  But that was until Elmo came along--dear fire engine red furred, orange nosed, round-eyed Elmo--he had captured his attention so much that he wanted to BE Elmo.  What else was there to do as a crocheter mom than to craft him an Elmo hat?  No-brainer, Mom!

His first Elmo hat was my first-ever attempt at creating a character hat, so I expected a bit of stitch pulling and reworking.  As with many prototypes, there were in fact a few flaws.  First, I had underestimated his head size, so I had to make it bigger.  Then while looking at what was supposed to be the final product, I realized poor Elmo's eyes were so over-stuffed that they appeared to be popping right off the hat, plus his pupils were misaligned.  Poor Elmo! 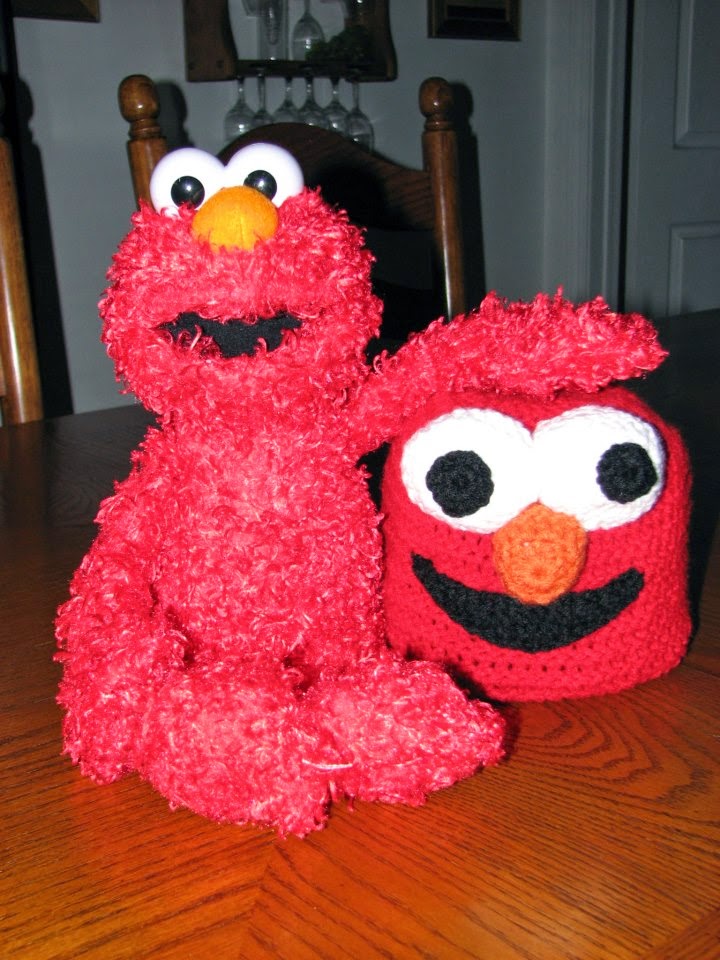 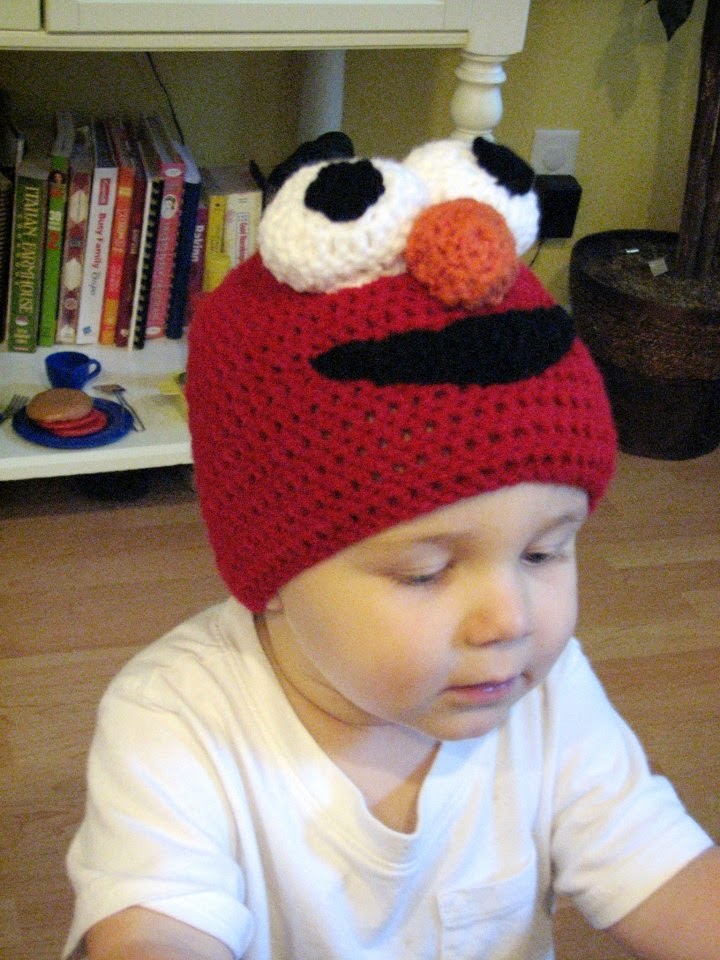 After a few tweaks, the Elmo hat was ready to go.  He couldn't have been more excited!  Better yet--he even allowed me to add ear flaps for extra warmth, make matching mittens and scarf and he actually wore them! Woo hoo!  Score for Mom!

A few weeks passed as he proudly wore his hat to daycare and everywhere like a turkey displaying his tail feathers.  He just loved to show it off.  Then came the day I suspected would happen sooner or later.  One of his little friends wanted one too--so much in fact that he tried to swipe and hide it, so he could keep it for himself.  Wow, was THAT an ordeal!  After tears were wiped from both boys' cheeks, his buddy reluctantly handed his prized possession over after I promised to make him one too (the one pictured below).  The next day after receiving his Elmo set, the little boy's mother reported all he did the entire prior night was run around the house wearing his hat and screaming, "ELMO!" Perfect!  I LOVE that kind of reaction! 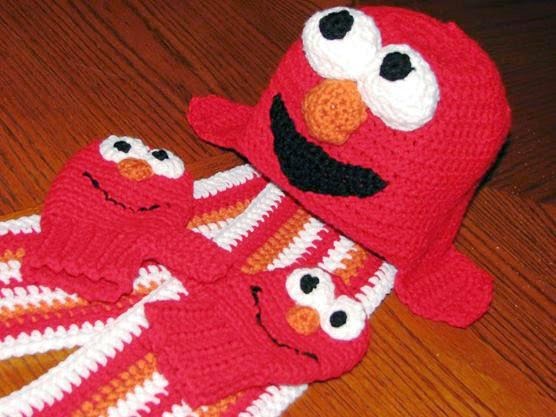 If you would like an Elmo Hat Set for your little one, I'd be happy to crochet one for you!  Please feel free to visit my Etsy shop for the listing as well as browsing for other ideas if you like.
Posted by yarnie_foodie_momx3 at Wednesday, September 17, 2014